The woman who remembers Southam Street 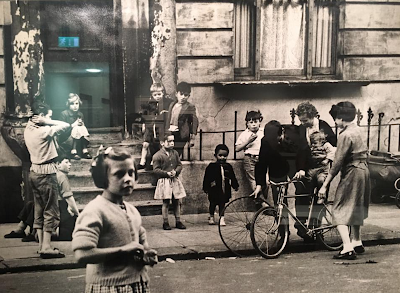 A wiry old woman with an angular back kept trying to drum up conversation with tightly polite types. She asked 'You interested in Southham street then?' All she got in return were sympathetic smiles and flickers of panic. Eventually she gave it a go with me and found a willing audience. I was happy to prod her stories along with the occasional question (almost all of which were ignored). 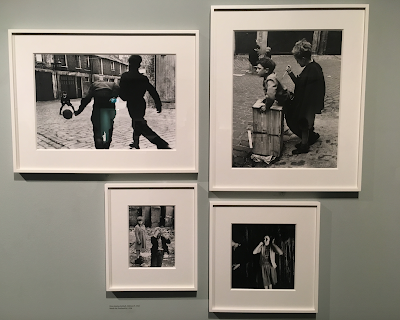 'Course I grew up near Southam street...' she began, as though this were self evident. She told me of the 'squalid' street she was afraid to walk on, the only time she dared was when she had to go to the cinema and pass the sweet smell of the liquorice factory on the way.
'Course it's all gone now, it's under a tower'
'Course everyone treated each other the same in those days...'
'Course you've have twenty kids living in one house back then'
'Course it's getting worse again now, but I got something to look forward to..' 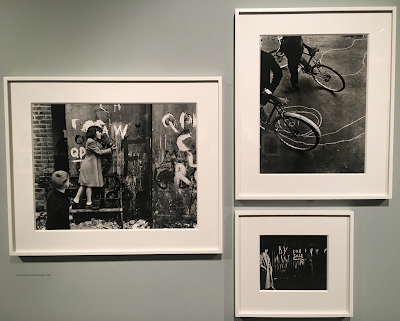 And so she went on reminiscing about a lost London, of how she was told to avoid teddy boys, how she worked on Portobello road which was not 'for tourists like it is now', how the area changed with arrivals 'in from the West Indies ', how she loved going 'down cinema, which they torn down now of course'.
One particular highlight was a casual mention of Rillington Place and how her mum lived opposite 'that Christie' (infamous murderer) who was 'a lovely quiet man they say 'cept for what he done. Course you don't know how much of it is true'. 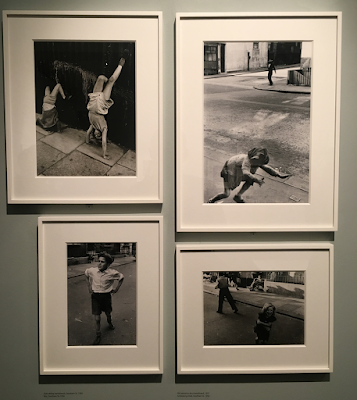 Other gallery goers slowed their pace in her orbit, snatching titbits of childhood games, crowded tenement lives, of how it's all changed but how 'nothing's changed that much really, it all goes round in circles'.
When reflecting on how life is still 'just as bad as ever' for poor families in the area she added 'course I got something to look forward to'. That phrase bubbling up again and again.
I, thinking she's either talking about Brexit or death, didn't draw her on it but she wasn't going to hold back for an invitation.
'You know what I got to look forward to?' She pulled a leaflet from her bag 'I'm a Jehovah's Witness, I'm going to paradise. Have a look through this magazine on salvation...what's your name? Rory I'm Helen. You keep that, have a flick through'
'Course we don't ASK for a donation...'