It seems I have the powerful animal attraction of Snow White. While she coaxed birds, rabbits and squirrels (with eyes the size of plates) into helping with the housework, I am a magnet for mice and ants. 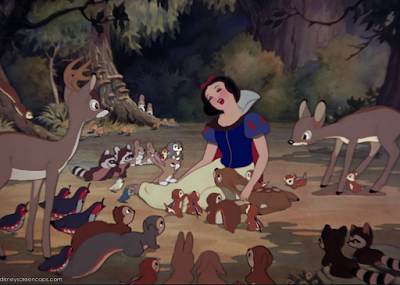 Or at least the housemates suspect I'm behind it. Due to the ever building evidence, I'd have to agree. I'm either a cursed witch or rodents just find me damn sexy.

Since I moved in two months ago we've had a tiny biblical plague of 'things that make you go eww'. The ants issue is being handled with ineffectual sprays and hard stares but there was another guest that wreaked greater havoc.

Housemate M (preserving anonymity so there's a slightly less chance of her telling me to quit detailing every bloody thing that happens) screamed as though possessed with the terrors of hell one night. She's spied a very casual mouse in her room (reports say he didn't scuttle, he strolled - which was rude). Housemate M does not like mice. So much so that she emigrated. Really.

The next day we got a message saying she'd returned to the home-country until the mouse was dealt with. 'Dealt with' in the Mafia understanding of the phrase. Thankfully she's back and the mouse has not been seen round these parts since. I think he casually strolled off for a drama-free life.
My mum also hates mice. My brother found out just how much when he found a dead mouse in a trap, crept up behind her and held it beside her face before calling her name. She did not laugh.

They don't bother me much. Granted I wouldn't like to wake up and find one taking a bath in my mouth but when I see them nipping about on tube platforms I think 'aww mouse!' instead of 'ARGH BURNDOWNTHESTATION'.

I also quite like spiders, don't have issue with snakes, and I bloody love a good pigeon. My mate Louise goes into a trance-state of quivering dread if one comes within 30 metres. I on the other-hand was conditioned to love pigeons from an early age by the 'Feed the birds' lady (who, now I reflect on it, was only ever interested in peddling overpriced bags of crumbs to tourists). 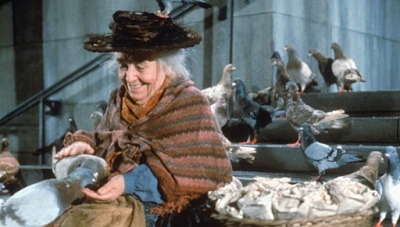 I'm not going to belittle or sneer at those with irrational fears - because people don't tend to appreciate that and because I have a few of my own.

This week a new trailer for a remake of 'Stephen King's IT' brought back happy childhood memories for many. For those who don't know it's about a demonic razor-toothed clown who lurked in drains and guts children.


The bit that scared the living bejesus out of me in the original was a girl spying Pennywise through a clothes line. He smiles, she giggles. We see him again and... well...

So I don't hang out much with clowns. I don't tend to trust child-catchers either. But these fears are reasonable. One that is edging towards unnecessary is the dread that grips me upon seeing a 'costumed character' - ie some randomer dressed as a friendly cartoon with a giant head and huge white gloves. Their real faces lurking somewhere behind those dead eyes. 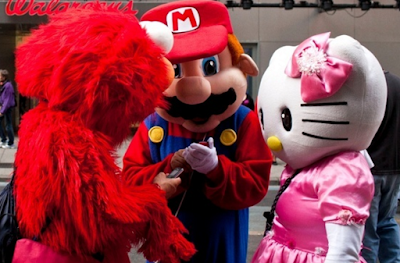 I despise and resent their eager joviality. They are not fun. They are sweaty strangers who dress up as something you love so they can trick you into hugging them.. or just to get paid a small wage...or to kill you. Who's to say?!

If one of these jolly dickheads was found lurking under my bed I would not merely emigrate until it's killed, I would watch the city burn from space.

And that's not an over-reaction.

Do you have any major fears? I'm on Twitter @theroryjohn