Some phrases are stealth nonsense. They creep into daily speak and hide in plain sight for generations. Accepted, maintained, and passed on without assessment or particular affection. But one day you might catch their shifty eye and see them for what they are - gibbering bullshittery.

Which brings me to, as ever, my bone-achingly dull commute to work. Somewhere between Mill Hill Broadway and Hendon I wondered where 'Cor Blimey' came from (I was fondly reminiscing over the rooftop sunset scene in Mary Poppins "...the rooftops of London, 'cor what a sight!", as you do) 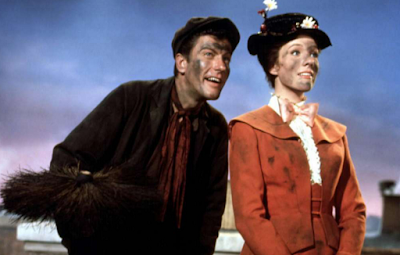 With a quick google I discovered it's a corrupted pass-me-down of 'God blind me', which is an odd way of saying 'I'm quite surprised' to begin with.

Slipping down an etymology Google hole, I discovered that 'Crikey' was a mid-1800s substitute for 'Christ!'. It seems a decent chunk of our vocab stems from that familiar scenario of beginning to curse, catching your mum's eye, and swerving the end of the word - "Oh shhhhhhhh... ugar". 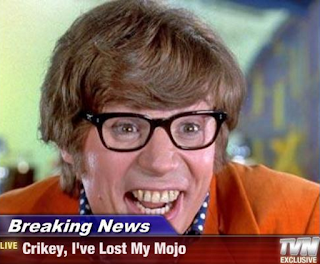 Another prominent example of a cursing u-turn is Bart Simpson's 'Eat my shorts'. A phrase the show trumpeted back when Bart was a t-shirt slogan spewing rebel and 'The Simpsons Sing the Blues' was THE cassette album to have.

(Note: Once I casually mentioned this album to a work-experience college student. They had never heard of it. Nor 'The Bartman'. To be fair this is because the album came out 27 years ago. Darkness fell across my emotional landscape.) 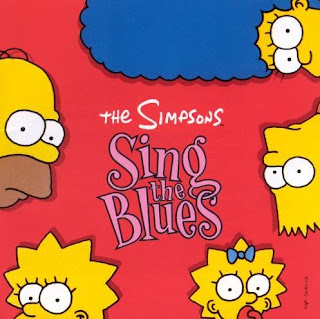 'Eat my shorts' was not a Simpsons invention and had previously been used in 1985 classic 'The Breakfast Club'. Looking at it afresh it's a very obvious censor-appeasing swerve on 'Eat my shit'.

Roughly speaking it means "don't freak out like you're trying to push a calf out of your down-below bits". It stems from "to have kittens", a more familiar phrase on this side of the Atlantic which means 'freaking out' as cats are notoriously nervy during kitten-birth. 'Don't have a cow' became the US adaptation, because Americans just had to go one bigger. 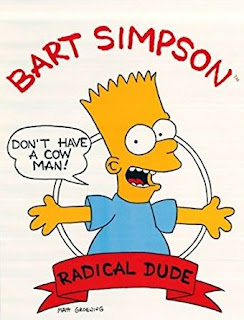 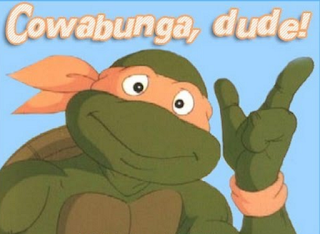 The pizza-loving 'party dude' brought it to a new generation but surfers used it when catching a 'narly wave' in the 1960s, and it debuted on the 'Howdy Doody Show' in 1953. The wild-west puppet show featured some questionable Native American stereotypes, as was the fashion at the time.

On some lowly corners of the internet it's rumoured to be derived from the actual Native American exclamation 'Kwa Bungu', though it seems to be a neat coincidence considering 'Howdy Doody' writer Eddie Kean says it was pure nonsense babble he made it up.

If you can think of any other familiar slogans or phrases you'd like me to investigate just give me a shout (because let's face it, this is what I do with my weekends now).