The First Time Ever I Saw Your Face

While posting yesterday about the non-deaths of 2 Unlimited and Britney my mind drifted off on a little tangent, much like a granddad in a Werther's Original ad, remembering how I reacted the first time I encountered those undisputed queens of pop.

I'll never forget that moment in (quick google search) 1993 when friends and I were in The Plex (an arcade/bowling/laser quest warehouse where kids go to scream and parents' souls go to die). 2 Unlimited's 'No Limits' music video came on the wall of TVs and we creased ourselves laughing at the rubbish lyrics (still valid) and wondered what Gloria Estefan was thinking with that metallic bra. 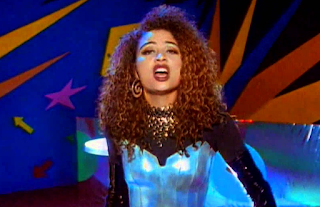 A few years later I scoffed about an American attempt to copy Billie Piper. Instead of parka-wearing pint-scooping Billie, they had a corny blonde cheerleader who was named after Alvin the Chipmunk's girlfriend. "I think it's Brit-tany. Like Brittany Ferries. Dopes".

I was sure the crappy US remake would flop. Then the 'Hit Me Baby' schoolgirl video came out. I wasn't the powerful pop prophet I believed myself to be. 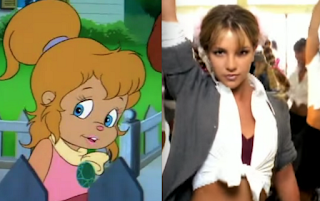 That said I wasn't always a staunch Billie Piper fan either. After this bubble-blowing stage-school irritant popped up in an ad for Smash Hits she flew to the top of our teen kill-list.

Christina Aguilera was 'like Britney's dirty friend with a wobbly voice', the All Saints were 'the new Spice Girls' but one who'd smoke fags while kicking the crap out of you at the back of the bus. (Do you remember how, unlike the Spice Girls, they were initially really hard to distinguish from each other? I still wouldn't bet a Toffee Crisp on getting the Appletons right.)

In 1995, 'Friends' made my mates and I feel really grown-up and sophisticated as it was our show, unlike 'The Cosby Show' or 'The Wonder Years' which you could watch with parents. That said, in the early days we couldn't really grasp the jokes, how to pronounce Chandler's name (Shandelle?), or figure out if Ross and Monica were a creepy couple. 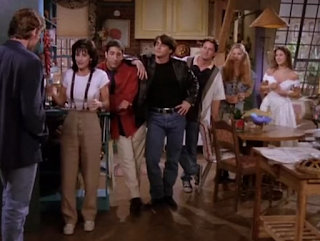 I am, brace yourselves, old enough to remember seeing 'The Simpsons' when they were but a small cartoon insert on 'The Tracey Ullman Show'. I was scared of Tracey. She would tell the audience to "go away" as the end credits rolled which I told my mum reliably was a very rude thing to do.  Meanwhile the shaky yellow cartoons were weird and unnerving. Homer was scary. Bart was 'cool'. I loved them.

And while I'm lost in a 90s reverie for the 14th time today, it just occurred to me how mobile phones were an embarrassingly arsey thing to own much of the mid-decade. It was considered laughably pretentious to actually talk on a phone while walking down a street. Folk really would point and laugh at someone thinking they were so hot-shot Hollywood that they had couldn't wait to take a call in privacy like the rest of us decent shame-fearing peasants. 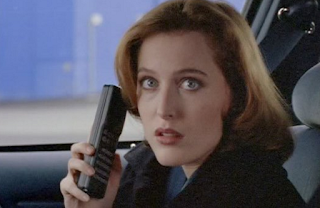 Which, in an admittedly long-winded way, brings me to thinking about first impressions in general.

People fall into two categories; open minded folk who give strangers a fair chance, and people like me who form an iron-cast judgement within 2.4 seconds. I cannot and will not ignore my witchy instincts. Are they a hugger? Did they have shifty eyes? Did they give an faint air of 'I would murder you and everyone you love for a tenner and some chicken dippers'?

I'm so strongly convinced by my gut instincts that it kills me when nobody else can see why I find a new party-guest/colleague/friend's baby so insufferable. It may take years, decades even (I'm still waiting on one particular horse to come in), but when I'm proven right I will graciously sympathise 'Oh you discovered they're a shite-bag? Well... I have to say I never liked them. Which I suppose means I WAS RIGHT AND NOBODY LISTENED'. Ahem.

In conclusion first impressions last, except in Billie Piper's case. I was wrong about you Billie, you breezy-loveable-BAFTA-winning goddess.