The world was rocked last week by the news that Britney Spears had died. Well not rocked, rather the world had a brief dizzy spell as you do if you step out of the shower too quickly, for mere minutes after the 513th shock death of recent times was announced, it emerged that Britney was in fact very much not dead - ie alive. It was just a hearty hoaxer having an entire barrel of laughs. 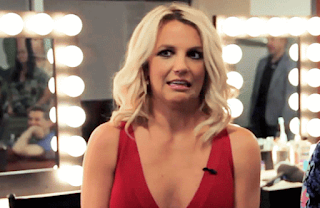 To clarify; Alive. (At time of writing).

Celebrity death hoaxes are two a penny (or 23 an hour) thanks to Twitter. But also thanks to Twitter the celeb themselves can quickly debunk reports their own demise (though recent tweets from the supposedly dead Michael Jackson & Joan Rivers bring this method of alive-or-dead-clarification into disrepute).

It was not always so. We may live in an age sorely lacking fact-checkers or more significantly, lacking a public who want to have their 'facts' checked. But even before this post-truth era, back in the pre-post-truth era, truth was a slippery concept.

Back to the early 90s, a time before the internet dominated like a fat attention-sucking beast, when pornography could only be found in hedge-torn magazine pages, and when tittle could quite freely become tattle. If it wasn't in the encyclopedia who could say if it was fact or not? Family arguments over say He-man's blood relationship to She-Ra (sister or cousin?) could rage for years. Pre-internet contested trivia was the root of most civil wars and was an accepted justification for murder.

The school playground was a rabid hive of questionable information and alongside now scientifically-proven facts such as 'Bloody Mary will appear if you say her name five times while looking in a mirror' came the shock news that Ray and Anita from 2Unlimited died in a car crash. 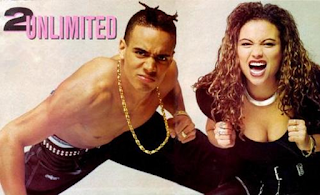 Talk of the techno tragedy spread from playground to playground across Dublin and perhaps much further afield (how far? you tell me). It was accepted as solid and sorrowful fact for at least a decade - despite the fact the the dutch dance duo continued to release music from beyond the grave and never mentioned the fact that they were dead in interviews.

I can now happily report that it was just a hoax. Ray and Anita are still very much alive though last year (only last year!) Anita left 2Unlimited to go solo and has been replaced by someone called Kim. How could you Ray? 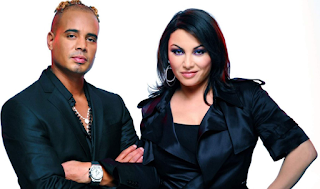 Celeb death hoaxes even date back to those pre-historic times before the 90s. After President FD Roosevelt died, rumours spread that Frank Sinatra and Charlie Chaplin had quickly followed suit - in fact neither did till over 30 years later. In the 60s Paul McCartney was rumoured to have died in a car accident but was replaced by a lookalike. Fans convinced themselves that the band sneaked clues about Paul's death in to the lyrics (why they would be arsed stitching themselves up like that remains a mystery). The Beatles heard these rumours, then really did put 'Paul is dead' clues in to their songs to wind up the conspiracy theorists, and so invented the concept of trolling.

In conclusion don't retweet everything you read on Twitter, repeat anything an 8 year-old tells you, or believe a Beatle. They are all rotten liars.