Should Scarlett be Sacked from Gogglebox?

Bear with me. Scarlett Moffat is an orange telly genius I want to see more of. But not on Gogglebox. 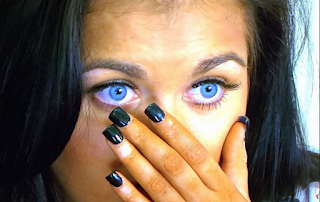 Reaction to Durham's Gogglebox lass has become a personality litmus test for me: Madonna is said to have a Frida Kahlo painting in her hallways so she can judge newcomers based on their response, if they don't love it, she don't love them. Similarly if people think Scarlett is 'a bit thick' I am assured that they themselves have the IQ of a Yop.

She's not thick. She's sharp but comically dippy. Her seemingly naive questions sometimes punch through to an "oh... actually, fair point" response from both her dazed parents and viewers. Dumb people aren't curious about the world, Scarlett is. 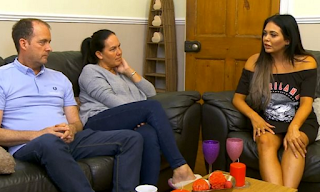 So why the sacking question? I raise it on the back of some very good news - 'Streetmate', a street dating show hosted by Davina McCall from 1998 to 2001, is coming back and will be hosted by Scarlett. This come hot on the heels of her becoming Queen of the Jungle on 'I'm a Celebrity Get Me Out of Here!' - beginning to see the problem?

How can our 'lovely folk next door' Gogglebox families give an honest reaction to programmes when they themselves are spread across the TV schedules? The show slips deeper into danger the more popular it becomes; new families blatantly know they're auditioning to become quirky favourites while the established families either play up their 'schtick' or are becoming too big for the format. How could Scarlett slag off say a new Philip Schofield vehicle whilst having had a lovely time with him on the This Morning couch only last Tuesday?


There's also the issue of the show breaking the fourth wall. Producers are caught in a bind where they have to ignore big programmes because they feature Gogglebox stars. They barely gave 'I'm A Celebrity' a sideways glance this year because Scarlett was there. Her crowing moment was featured briefly but it felt like it was done with more than a little sense of teeth-gritted duty.

Interestingly while most of her co-stars cheered her on, the Michaels dad looked distinctly unimpressed by the win - which brings me to wonder how much jockinging for 'break-out star' status there is amongst the families. Scarlett has proven it can be done, should Louis Michaels screech his way through some cake-baking, should the much-revered Mr Sadiqui have a go at very slowly making his way around the Strictly floor? They've seen over the telly's Berlin Wall of opportunity and now might also want a piece of that freedom, money, and attention. None of our younger stars will want to be left behind. 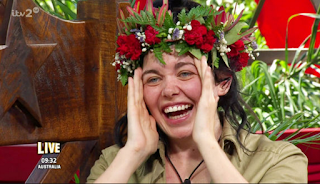 With all this in mind, is it time for Gogglebox producers to re-enforce their policy of 'our show alone or nothing' (George and family were dropped when he took part in Celeb Big Brother). This would mean they have to sadly drop some break-out favourties, and instead focus on a mix of reliable stalwarts with some (fingers-crossed) natural newcomers?

If not, Gogglebox is in danger of becoming the show that ate itself.