Pennywise the clown luring little boys to their doom in a rain gutter, the Grand High Witch peeling off her mask and frying a disobedient witch, this cheery Chupa Chubs rep... 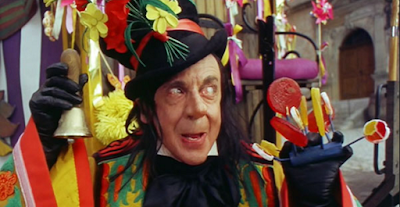 Cinema has happily provides kids with a lifetime of nightmare fuel but one particular scene has stuck with me more than any other. And it only gets scarier the older you get.

The other night I flicked over to discover Terminator 2: Judgement Day had just started on ITV (accidentally coming across a brilliant film on terrestrial TV now feels nicely old-fashioned, these whipper-snappers with their Netflix have it too easy).

Halfway through, the film takes a breather (between breaking out of an asylum and blowing up the Skynet office) and Sarah Connor has a well deserved doze on a picnic table. Then this happens....

To add a bit of spicy fuel to that apocalyptic nightmare, experts agree that it's a pretty accurate depiction of how it would all end. Lovely stuff.

To slip into a gravely morbid mood for a moment, surely I can't be alone in seeing this scene more frequently in my shuddering mind's eye recently? As world affairs free-fall further into a credibility-stretching dark comedy, I idly wonder what would happen if IT happened. Would #apocalypse trend on Twitter before a blinding light swallows me into nothingness? Would we become eerily calm and walk outside to enjoy a last moment of birdsong? Would I be able to contact my parents? What would I say if I could? Would we come to a profound peace or scream and poop ourselves into oblivion?

Sorry for the dark thoughts but I have a very long commute in the morning and my mind does tend to wander down some grimy cul de sacs.

But that arse-ache of a commute's also providing me with a soothing balm to my gnawing end-of-the-world worries. With the recent 75th anniversary of  'Desert Island Discs' I read plenty about how fantastic and moving and joyous and life-affirming people talking about their favourite songs can be. I wasn't convinced but downloaded the archive app just in case I was missing out.

I'm addicted. All I want in life is to hear Kirsty Young jerk tears from celebs like Victoria Wood, Noel Gallagher, and Tom Hanks. You will laugh, you will cry, you will feel like a 69 year old widower called Majorie who listens to the wireless as she scrubs limescale from her kettle. It's bloody great.

Sir Michael Caine proved a highlight with his surprising picks of chillout trance tracks ("What you expected some old duffer to come on and pick something pre-war?"), with his sad family history (after her death he discovered his mum paid weekly visits to a secret son in a care-home), and with his cheering closing words "I am the wold's ultimate optimist, I think everything is going to be alright." 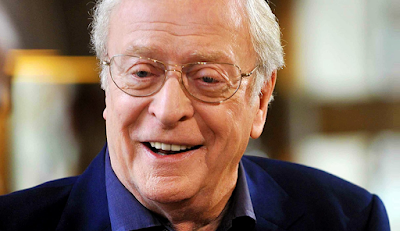 Perhaps in this grim times we need someone who's been around the block to tell us we'll muddle through somehow. Perhaps, if Michael Caine says so, things might just be alright.

That said, Caine did record this in 2009 and has probably revised this attitude drastically since.