On Friday morning's packed train a four year-old girl marched up to a commuter and pointed at her seat. The instruction was clear, 'gimme'. The embarrassed woman cowered before the dead-eyed dictator and actually sacrificed her seat. She was presumably in that pre-caffeine fog where we'll dutifully follow any direction.

I was outraged - politely, quietly, and doing nothing more than gasping, tutting and tweeting - but still outraged.

What was most amazing about the interaction, the type of odd unfolding event that everyone in the carriage becomes silently fascinated with, is that the girl's father watched on proudly as as the flushed woman stood and his princess sat on her stolen throne.

I was going to write about how children getting seat preferences over adults seems to be a creeping phenomenon, facilitated by moronically incompetent parents raising a generation of entitled disrespectful goons. But it is possible we've reached the 21st century's full quota on pieces about spoiled snowflakes and civilisation tumbling arse-over-face into doom.

Instead I want to touch on what made me hesitate about the above tweet. My thumb wavered over calling a four year-old a 'dickhead'. I know a child isn't fully responsible for their personality and actions, that's all on their parents... mostly... kind of. Is it? Isn't possible that some children are just pure assholes? I suspect that some folk who have to deal with kids every day parents/teachers/doctors/sad clowns agree it is more than possible, it's probable.


Ok so, it is probably fair we stick to the general idea of letting personalities mature a wee bit before being judged/burned at a stake. But at what point do we stop blaming bad-parents, hormones, social media and let people take responsibility for themselves? This is their personality, and it's foul. 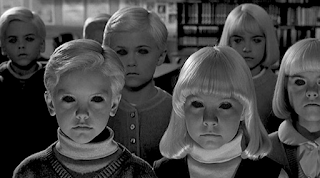 One could make a case for a personality becoming fixed at 8, 12, 15, or 18 but in the spirit of blogging I'd like to do a complete hypocritical u-turn.

I  cringe so badly I want to escape my own skin when I think of how I acted at any point before the age of say... 27.  No, in fact I disavow any behaviour before this week. One of my mind's survival tactics is to cut off all previous grumpy/drunken/assholish behaviour as the manifestation of 'the past me', entirely unlike the new rebooted me which is born fresh and well-intentioned each morning - only to then become a tired re-tread of every previous incarnation.

If our personalities are always being revised and refreshed with at least the vague intention of betterment then perhaps nobody is truly fixed at being 'an asshole'. There is hope for that four-year old girl on the train.

But not for her proud dad. Now that guy is a dickhead.